“The Commission was told of varying efforts to cheat the technical rules, including using motors in frames. This particular issue was taken seriously, especially by top riders, and was not dismissed as being isolated,” read the report.

“Other forms of cheating were explained, relating to frames’ construction, saddle specifications, and the wearing of illegal clothing and apparel. The Commission was told that funding streams to examine such allegations from regulatory, technical, and investigative perspectives are limited and even being reduced. This is not ideal, given technical cheating may be emerging as a more-significant avenue for illicit gains than ever before.”

So far this year, the UCI has stepped up its monitoring for technological fraud. Surprise checks were done at the Milan-San Remo race, and others, with seat tubes and cranks removed  so inspectors could peak inside frames with cameras.

No incidents of fraud have yet been detected, but it seems apparent that regular “motorized doping” controls are now part of the “process” of professional racing. — J.M.

That’s how South African rider Andrew McLean described the pre-dawn object ahead of him on a May 6 ride in suburban Johannesburg.

On a 37-mph descent, McLean hit the object casting that ominous shadow – a dead buffalo!

Two cycling buddies also crashed but were not seriously injured. McLean suffered a broken hand and ligament damage in his shoulder. As he lay in the road after the crash, he could see steam rising from the buffalo’s body.

“I think the buffalo had been running and had died within a couple of minutes of us getting there,” he said.

Authorities couldn’t say how the buffalo died, or how it ended up in the suburbs north of Johannesburg.

Just goes to show that you have to be prepared for anything – and we do mean anything – when you ride.

3T has agreed to provide a great combo prize of its ARX II Pro Stem and the new 3T Eye (pictured), the rugged miniature display that 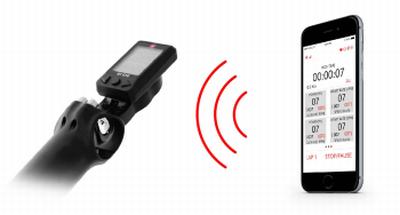 puts real-time data from smartphone training apps and ANT+™ power/ heart-rate cadence devices on handlebars, in the rider’s line of sight. (The winner can choose the appropriate stem size, of course.)

Any new or renewing Premium Members between May 1 (when we gave away our last great prize) and June 30 are eligible for the drawing. We’ll announce the winner in the July 2 RBR Newsletter.