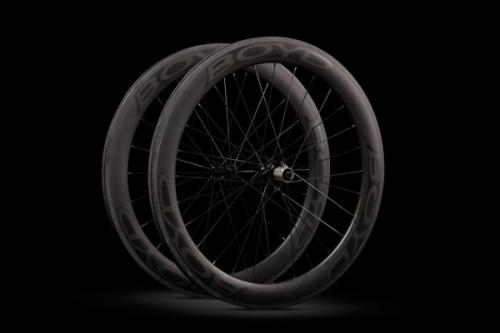 Until testing these new Boyd Cycling wheels, I had only ever ridden aluminum clinchers and was eager to find out what a carbon aero wheelset could do. I live in what might be an ideal area for these wheels — the rolling Piedmont of North Carolina.

I wanted the test wheels to be clinchers, since it seems to me that tubulars have too much overhead for everyday riding (at least for me!). Beyond that, I wanted to find out if the Boyd wheels could be truly versatile: suitable for a spirited group ride, an easy spin recovery ride, and even handle my commute.

The 2013 wheels are a new shape for Boyd, allowing for a deeper dish wheel that claims to handle better and be more aerodynamic. The wheels follow the industry trend of a wider rim bed. This claims to help with performance in side winds and also allow for smoother and better modulated braking.

All of Boyd’s wheels are hand-built in the company’s facility in Greenville, South Carolina, with the rims being sourced from Taiwan. The company’s wheel builders only work on Boyd wheels. Each wheel is stress relieved multiple times in the tensioning process so the wheelset is ready to ride when shipped.

The wheels are laced with black Sapim CX-Ray spokes, 24 in the front and 28 in the rear. The overall look is elegant, subdued and stealthy. The decals are underneath clearcoat, making them easy to clean and preventing them from lifting off the wheel.

The wheels are supplied with skewers, rim strips and the recommended Boyd Cycling Blue Ice brake pads. Boyd recommends a rider weight limit of up to 230lbs (104kg). My 172lbs (78kg) did not cause the wheel to stress at all, and I appreciated the rock-solid feeling that the spoke count provided.

Boyd claims a weight for the wheels of 1730g, without rim strips. Add in the rim strips and a little variance and the wheels measured at 1837g on my home scale. As Boyd points out, the variance is around the same weight as a slice of American cheese.

Set Up and First Impressions

I found that set up was trivial. It was just a matter of swapping across my cassette, and installing tubes, tires and the swapping out the brake pads. My concern that the wider rims would cause an issue with brake clearance proved to be a non-issue. Getting the tires mounted was easy and did not require any tools.

The only issue I had with the set up was with the valve extenders from Boyd. I found they caused my pump to slip off, and I had to switch to an 80mm valve stem tube in order to reliably inflate the tires. I personally prefer tubes with the longer valve stem length, as it takes dealing with extenders out of the picture.

On the first pedal stroke it was clear that these wheels were very different from the Ksyrium SLs I usually ride. They felt much stiffer — not in a way that caused undue vibration, 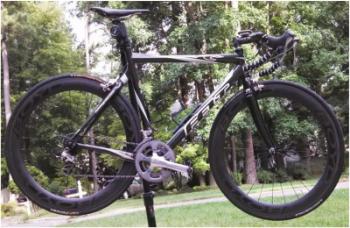 though. It was more that I could feel the road surface more clearly. With the Ksyrium wheels I would know I had run over a pebble. With the Boyd wheels I felt like I could tell whether it that pebble was quartz or gneiss.

That first ride was right after a light rain had rolled through. One of my concerns was how the brakes would handle. Again, this was another non-issue as the speed was scrubbed away without drama. The newly designed rim has an angled and tapered brake track that claims to improve airflow, brake modulation and heat dissipation.

The wheels initially feel slower to accelerate and are clearly not a climbing wheel. They come alive at around 21-22mph. As you hit this speed, it’s almost like the wheels seem to surge forward, pulling you with them. One memorable instance of this dynamic was on a rolling dip I ride often. On the descent I normally hit a solo speed of 36mph. With the Boyd wheels on the bike I hit 39mph for what felt like the same power output. Later on that same ride I was able to snag a Strava KOM on a local segment, and I’m sure the wheels contributed to the time achieved.

As for visuals, these wheels are lookers. I had several riding buddies who told me my bike looks “amazing” and “looks fast even when standing still” with the wheels on board. They attract a lot of positive attention and really change the look of the bike.

At $1,450 these are some of the less-expensive high-end carbon wheels on the market. Other “name brand” wheel makers charge around $2,700 for the same kind of wheels. Boyd is a small operation with the claim of getting people access to top-of-the-line equipment at a reasonable price based on their streamlined operation. The company does not spend money on sponsorships, mega advertising budgets, and different layers of distribution — everything is shipped from their facility.

With the depth of the wheels I was anticipating that windy conditions would cause issues. Our group was out on a breezy Saturday ride with side winds coming at around 15mph. I expected to be blown across the road; however, the handling was predictable and consistent. I asked owner Boyd Johnson about this, and he attributes it to the shape of the 2013 rims:

???For the breezy rides, the new shape of the rims, combined with how the tire interfaces with the rim, makes for much better crosswind handling compared to a wheel with the

These wheels are suited to my riding in central North Carolina. While clearly not wheels for riding in the mountains, on rides where you are regularly above the 21-22mph ???sweet spot??? they make great sense. Despite being a stiff wheel, they remain comfortable for day-long riding. I have had rides of 77 and 100 miles and found that the wheels disappeared under me, becoming part of the bike.

These also surprised me by being a good wheelset for sprinting. Our Thursday night ride ends with a sprint. I found it was easier to create a gap with these wheels. They do seem slower to accelerate, but because they are very stiff there is no flex and wasted power. Once up to speed it seemed easier to hold onto, and build on, the higher speed.

As for commuting and easy spinning recovery rides, They’re certainly comfortable enough for both if you choose to use them as everyday wheels. However, because of the slower acceleration and the fact that you don’t really get the full benefit of their aero performance until reaching a higher speed, they may not be the best choice for these types of rides.

These are well-built, high-performing and good-looking wheels. They feel rock-solid to ride, encourage confident bike handling in their ability to ably deal with the wind, and they enhance the overall looks of the bike.

But even more than that, these are a lot of wheel for the money. While $1,450 is more expensive than many aluminum rims, it is far less expensive than similar carbon wheels from many of the other well-known manufacturers — by nearly half, in some cases. If you are considering high-end carbon wheels, these should certainly be on your list.