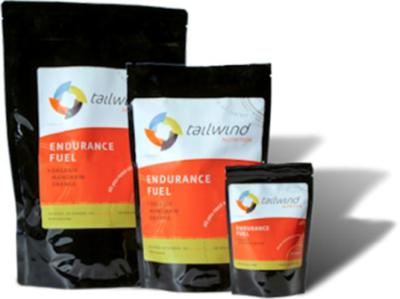 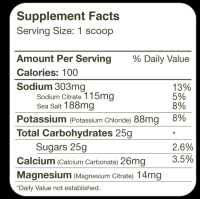 I have a long history of trying food replacement drinks. It’s a necessary evil of a career in cycling journalism. Most of these concoctions have made me gag. Or worse. One bad experience involved a gummy, vile-tasting brew that kept me in the bathroom a lot longer than on the bike. MacBeth’s witches could have come up with better results.

In fact, I’ve always believed that real food is better than any laboratory-designed drink. So it was with some trepidation that I agreed to try a new offering from Durango, Colorado-based Tailwind Nutrition.

Unlike some endurance-oriented drinks, Tailwind contains no protein. The company claims that protein isn’t necessary during long rides and tends to upset riders” stomachs. That has certainly been my experience in the past and I welcomed the light, protein-free flavor of Tailwind.

I used Tailwind in my training for PacTour‘s Pacific Crest Tour, which covered 1,500 miles in 14 days in Washington and Oregon. Training involved around 6,000 miles of rides near my home in western Colorado in the six months leading up to the tour. Training rides ranged from 2 to 8 hours in conditions that varied from near freezing to 90+ degrees.

Tailwind suggests mixing the drink “heavy” with 3 scoops per bottle for long rides and claims thatthis would be enough calories and electrolytes to sustain energy on such long days in the saddle. Tailwind mixed this way tasted fine and there was no stomach upset. I rode well on this mixture, so it apparently provided enough calories.

However, I quickly discovered that for me, anyway, this approach was no substitute for real food. The problem was not in my stomach but in my head — I simply wanted to eat food after years of chowing down on rides. So I mixed the bottles with 1 or 2 scoops and continued to eat fig bars, sports bars and the occasional muffin at bakeries along the way. This combination worked great.

The Pacific Crest Tour was supported, so I continued the same routine on the tour. The Cascades involve plenty of climbing (around 85,000 feet for the two weeks) and we hit some extremely hot days early in the tour. But Tailwind plus food got me through the ride in fine fashion.

I also used Tailwind on two tough climbing days at this year’s PacTour Desert Camp — a hilly century and the 6,000+ vertical foot climb of Arizona’s Mt. Graham. Combined with a few sports bars, my energy and hydration stayed constant throughout each ride.

It tastes good. It’s not too sweet, so I could keep drinking it even in the heat. On a 130-mile ride it went down as easily in the last 10 miles as in the initial 10. Tailwind comes in 4 flavors (Organic Lemon, Berry, Mandarin Orange or unflavored “Naked”). I preferred lemon, although orange and naked were close seconds, followed distantly by berry. But none of the flavors is so strong that they were a problem to get down.

It mixes easily. I simply poured in the powder, added water and ice, and shook a few times. I never had any sticky residue left in my bottle, a big advantage on a tour when there are few facilities to wash out bottles. I rinsed my bottles with hot water from the motel sink each evening and squirted hot water through the nozzle. I didn’t notice any build-up of gunk and had no suspicious stomach problems.

Tailwind tastes okay warm. I much prefer cold drinks when it’s hot, and the Pacific Crest Tour organizers provided ice at each rest stop when it got toasty. But on my training rides on remote Colorado roads the last half of my second bottle was sometimes warm by the time I drank it. It went down fine, without the sticky, cloying taste of sweeter drinks when they are room temperature or above.

Could I have ridden for 7 or 8 hours on Tailwind alone? On the few occasions I rode long solely on Tailwind, it worked fine. I didn’t experience the spikes and deep valleys of energy that occur when nutrition is sketchy. But the temptation of a muffin or sports bar was too much to do this often. It’s a tribute to Tailwind that it worked as well in a lighter concentration combined with food as it did when mixed “thicker” and used by itself. Highly recommended!

Coach Fred Matheny is an RBR co-founder who has four decades of road cycling and coaching experience. He has written 14 eBooks and eArticles on cycling training, available in RBR’s eBookstore at Coach Fred Matheny, including the classic Complete Book of Road Bike Training, which includes 4 eBooks comprising 250 pages of timeless, detailed advice and training plans. The Complete Book is one of the many perks of an RBR Premium Membership. Click to read Fred’s full bio.